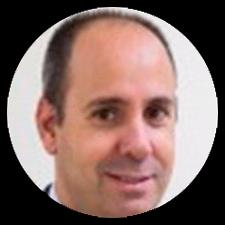 What is Cerebral Palsy?

Cerebral palsy is a developmental disorder and leading cause of disability in young children. It affects approximately 500,000 children and adults, with around 8,000 babies and between 1,200 and 1,500 preschool-age children diagnosed each year.

Cerebral palsy occurs as a result of a brain injury sustained during fetal development or birth. However, because the symptoms of CP affect a child’s coordination and independent movement, the injury is not always diagnosed right away, especially when the symptoms are mild.

This may lead to a diagnosis later in life, accounting for the children who are diagnosed as toddlers.

Cerebral palsy is caused by damage to the motor cortex of the brain. This is the part of the brain that affects muscle control and coordination.

For this reason, children with cerebral palsy frequently struggle with walking and fine motor skills. The type and severity of symptoms can vary significantly from one patient to the next, and an individual’s case may be made more complex by the presence of coexisting conditions such as

CP treatments are always highly individualized to suit the needs of the patient. There is no cure for cerebral palsy, but many treatments and therapies exist that can provide relief from symptoms.

What Are the Symptoms of Cerebral Palsy?

Because there are so many types of CP, symptoms will vary from one patient to the next. The specific symptoms an individual exhibits will depend on the type of cerebral palsy they have as well as the location of the affected muscle groups.

However, a number of symptoms are common in children with CP, and similar early signs may be noticed by parents or caretakers. Not every child with cerebral palsy will exhibit all of these symptoms. However, the presence of some or all of these symptoms with no other identifiable cause may lead a doctor to investigate the possibility of cerebral palsy. A diagnosis will be confirmed with brain imaging.

Cerebral palsy is a neuromuscular disorder caused by damage to the motor cortex of the developing brain. This affects motor functioning, including an individual’s ability to move, grasp objects and talk.

It can also affect muscle tone, resulting in individuals with overly toned, tight muscles and rigid joints or loose, floppy muscles and joints.

The type and severity of CP symptoms will depend in large part on the extent of the brain injury and when it occurred. There are four primary situations that will lead to cerebral palsy to arise:

Although not every case of CP is preventable, and the underlying causes of many CP cases are unknown, there are certain risk factors that can increase a child’s odds of developing cerebral palsy: Premature birth or low birth weight Fetal distress, including problems with the placenta, umbilical cord, and amniotic fluid Long and difficult labor during which asphyxiation can occur Meningitis or other brain infection Trauma after birth, including accidents that could lead to brain damage Although the exact cause of an individual’s cerebral palsy is not always uncovered, it’s estimated that between 10 to 15 percent of CP cases arise as a result of medical malpractice. This may include: Failure to recognize fetal distress during labor and intervene accordingly Failure to resuscitate a “blue baby” quickly enough after birth Writing a prescription for a medication unsafe for a pregnant mother And other issues arising from a failure to provide an adequate standard of care before, during and after birth.